One of the natural sights I’d wanted to see was Hoshino Buranko. It’s a pedestrian suspension bridge across a picturesque valley. It’s actually a bit random really. I’d heard about it when reading a Japan hiking blog. As autumn was starting I thought it would be an ideal time to go.

Getting to the bridge from the train station wasn’t entirely obvious. There was a map on a notice board at the station but, as with a lot of Japanese maps, the detail could have been better. Anyhow, I managed to get to the park where the bridge is with few problems. The bridge itself is quite nice to look at. I tried to take some photo’s from below but the views down there weren’t as good as from above. This is the view approaching the bridge.

Walking across the bridge provided some nice views across the valley.

That said the bridge did tend to wobble a fair bit as you walked across it and there wasn’t too much in terms of safety nets. If you suffered from even mild vertigo I wouldn’t recommend it. Looking back the view was similar to the approach. 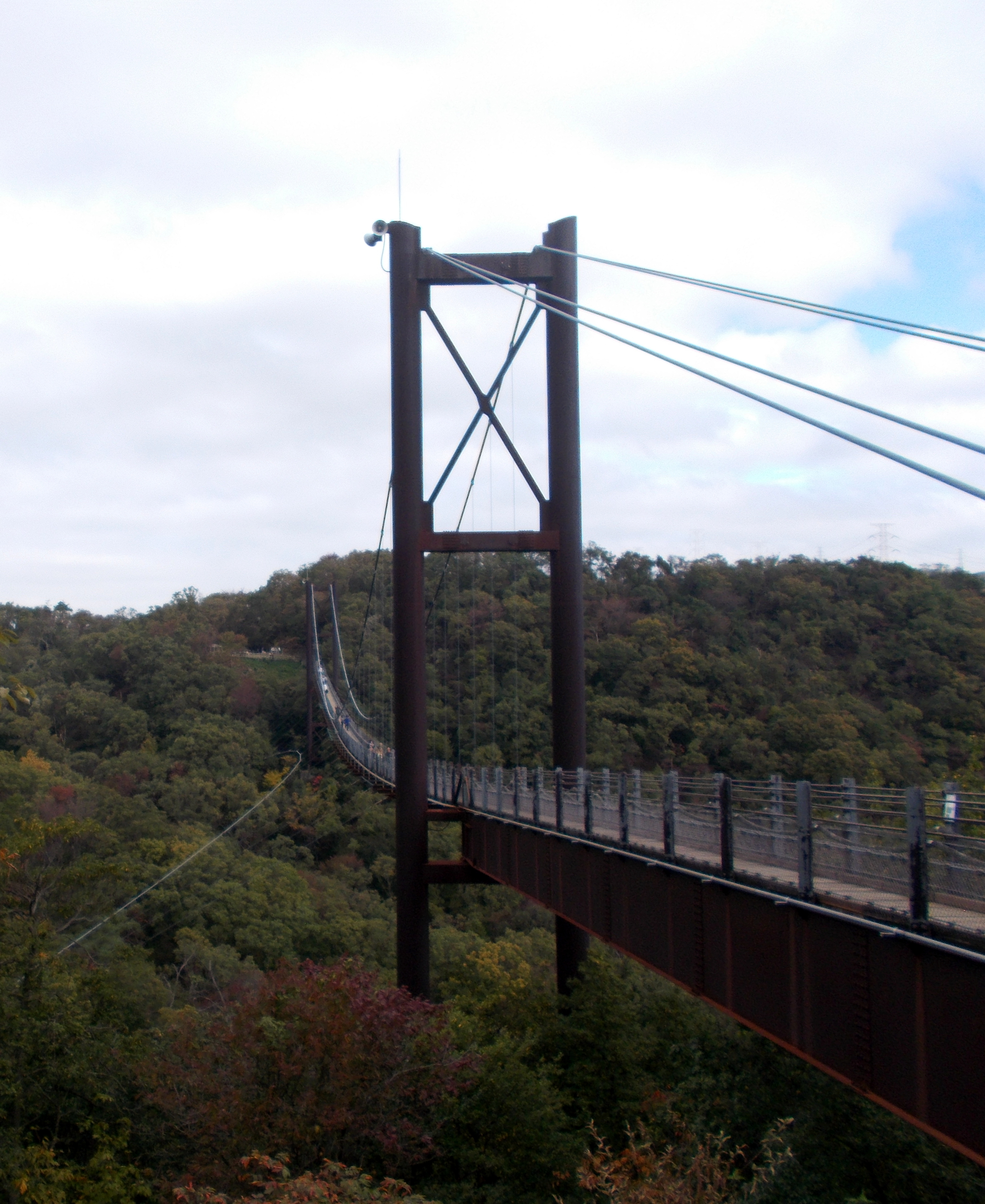 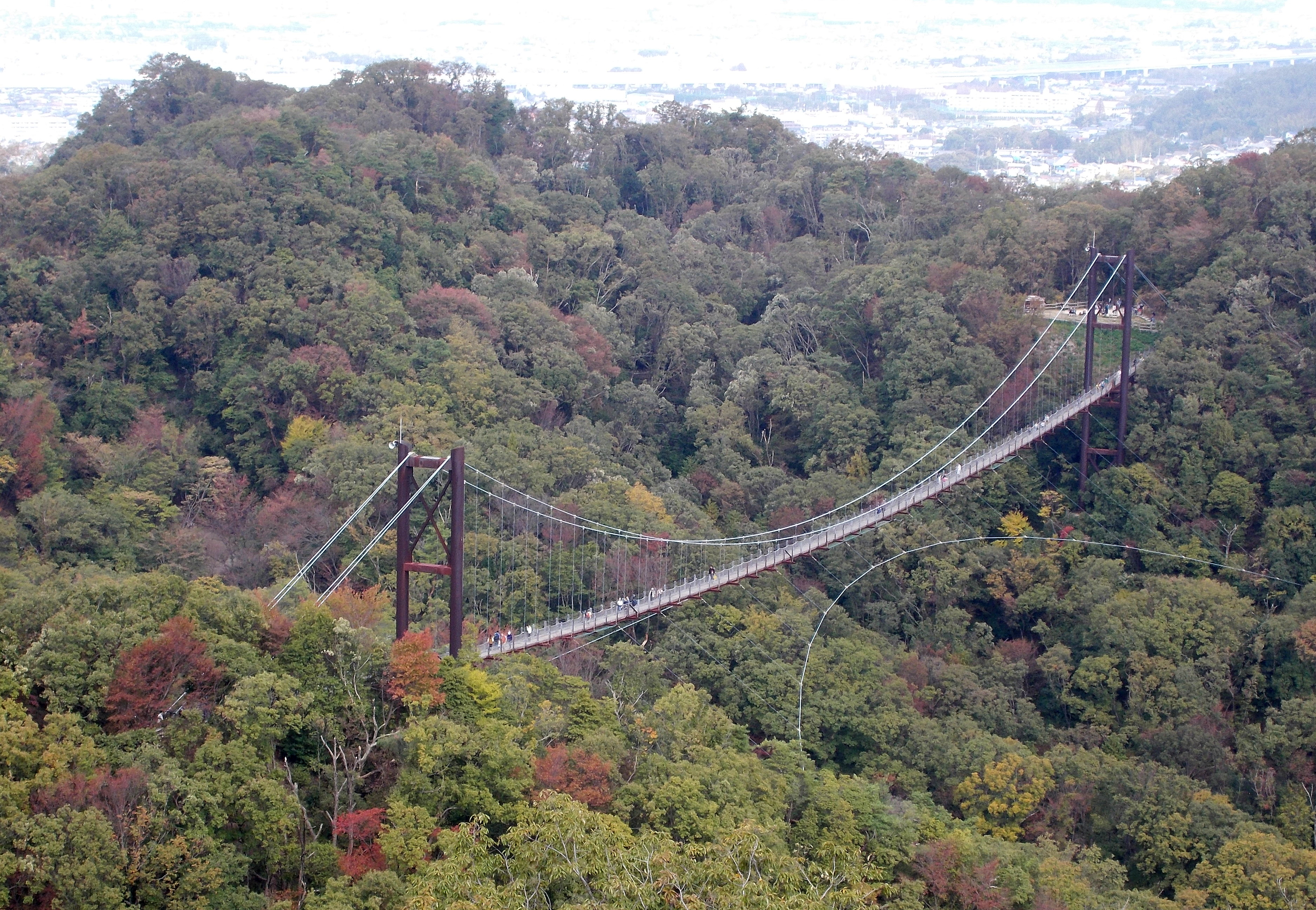 I actually did a fair bit of walking on this day as I had bought a map at the Ranger Station. While it was a nice enough day’s walking not much of it was photographic. One of the features of Japanese hiking trails is that they tend to be quite well developed. Particularly streams will have concrete banks and the large number of trees mean fewer nice views. In the UK it’s the other way round. Less trees, because the countryside isn’t as “wild”, actually result in better views and the paths, and such like, are not as well maintained giving a more rustic view.