Having purchased a map of the area and keen to do a little more hiking I decided to hike up Mount Katsuragi (the next mountain across from Mount Kongo). I did wonder about following the Diamond Trail (a rather long trail across the region) but decided that it was far to long.

Some initial research suggested that I was going to have some difficulty getting to the bottom of the mountain from the Osaka side. Google maps said there was no bus. The paper map has a bus stop listed and an internet search suggested a bus from Tondabayashi station. However, I had some difficulty finding the appropriate bus stop so I had to resort to plan B.

Plan B consisted of climbing Mount Kongo again but then rather than pottering about at the top using this as a first leg and going down the north side of Mount Kongo and then up Mount Katsuragi.

This is the view approaching the top of Mount Kongo. 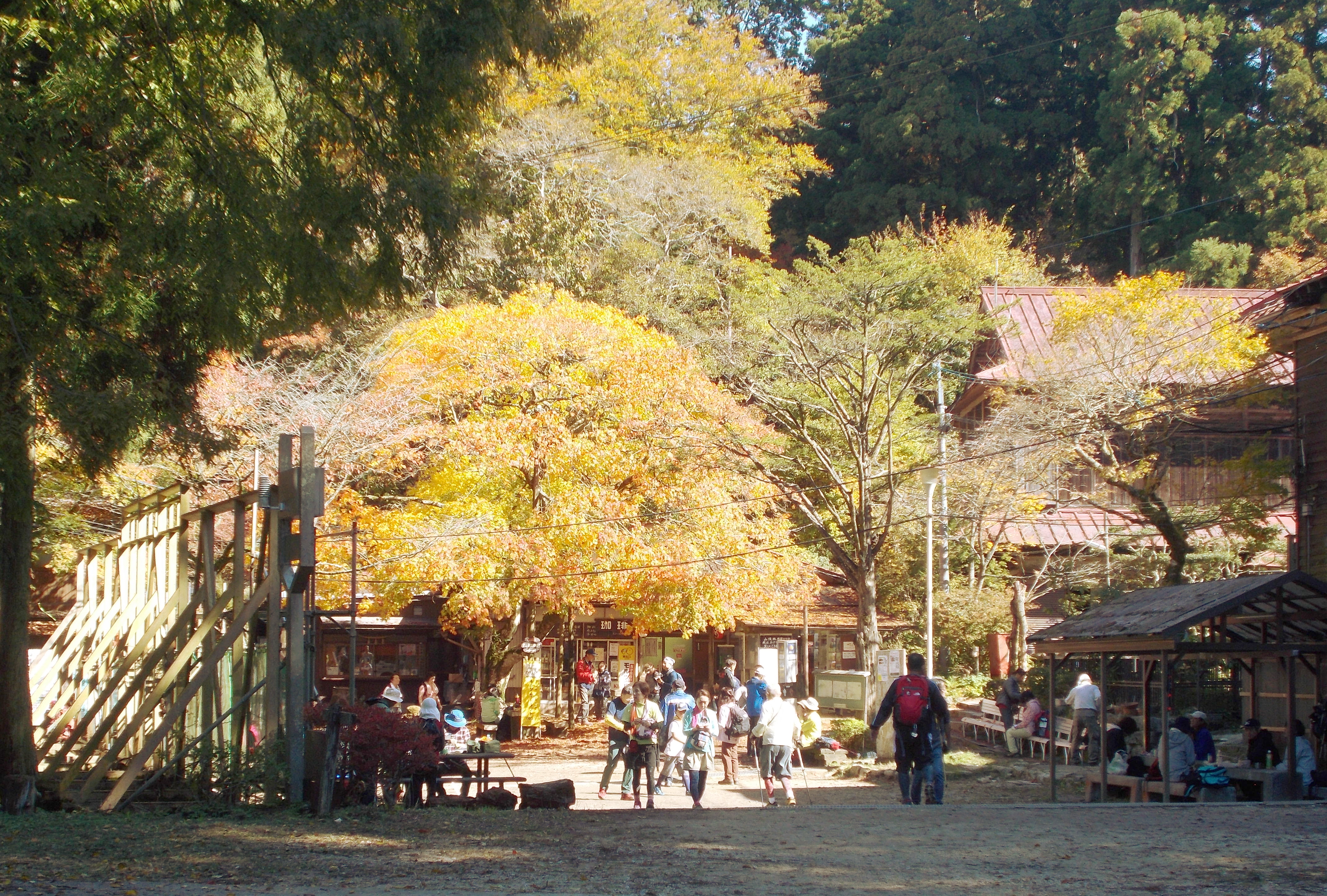 And here is a frog statue outside of the cafe at the top. I stopped here for some soba noodles. 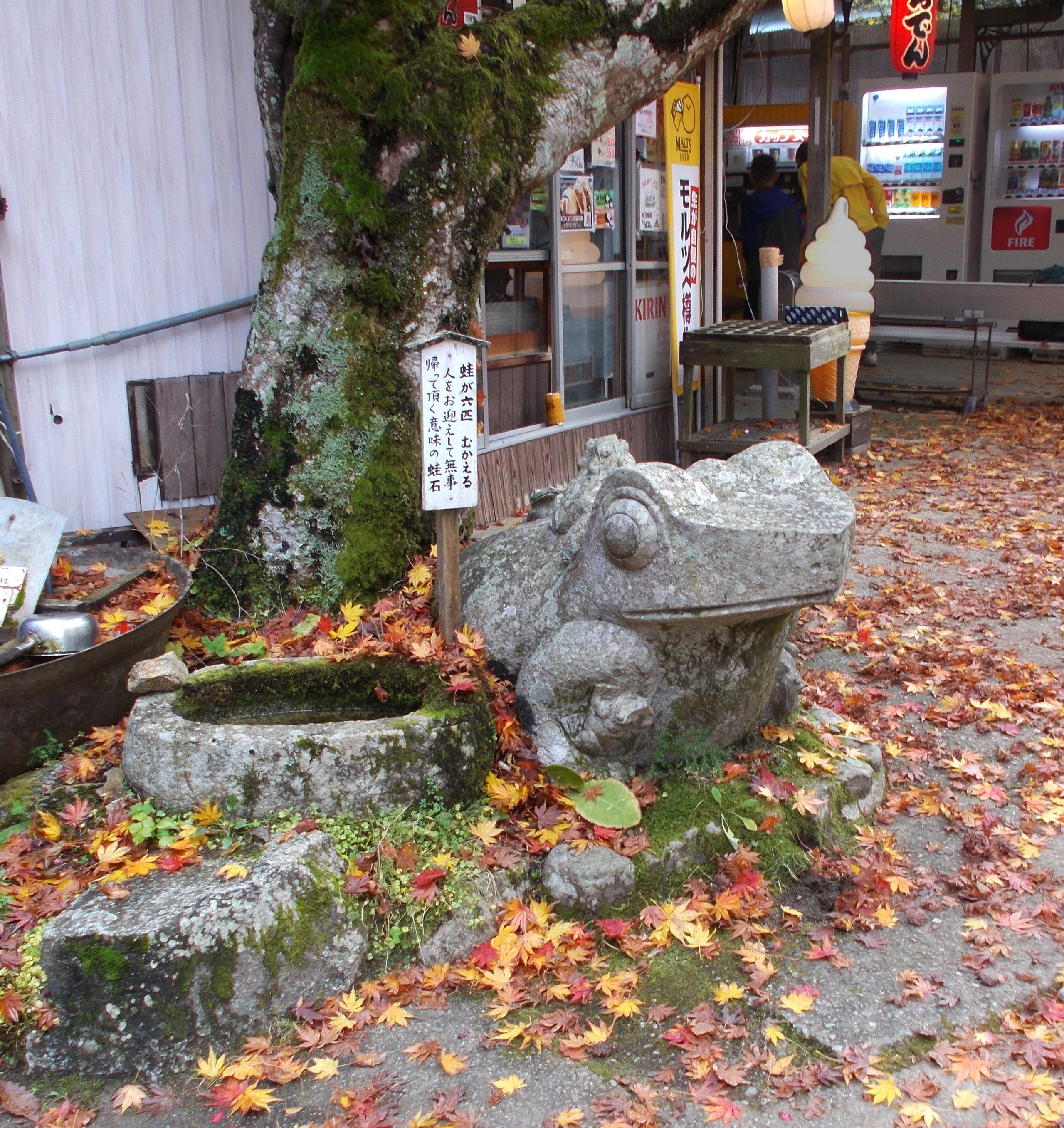 The trail down the north side of Mount Kongo was quite difficult as it was steep with lots of rather high stairs. I pitied the folks who were going up in the other direction. The view across to Mount Katsuragi was good though. As can be seen there is less forest on the top of Mount Katsuragi. 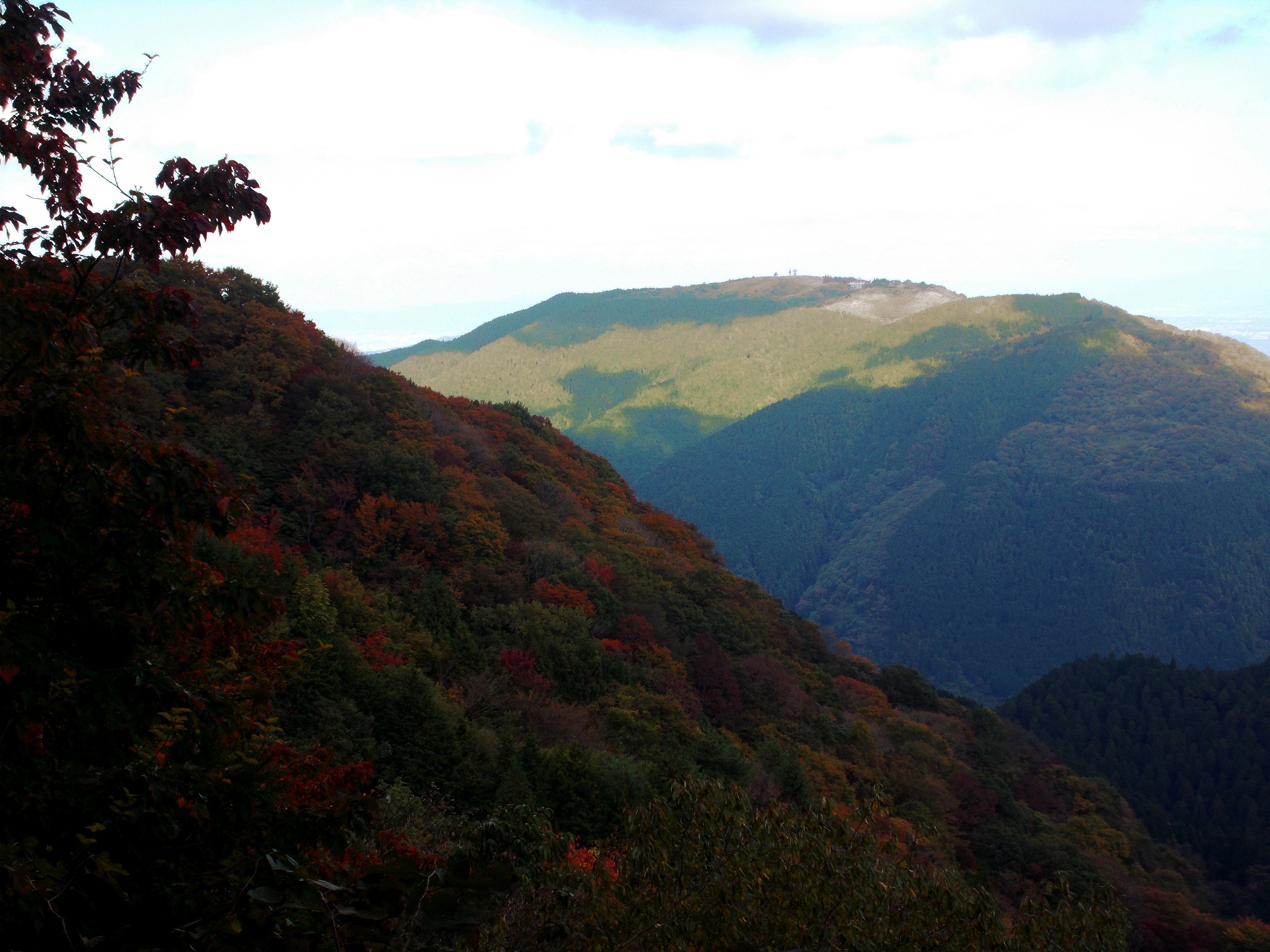 By the time I got to half way I was a bit knackered but pushed on. 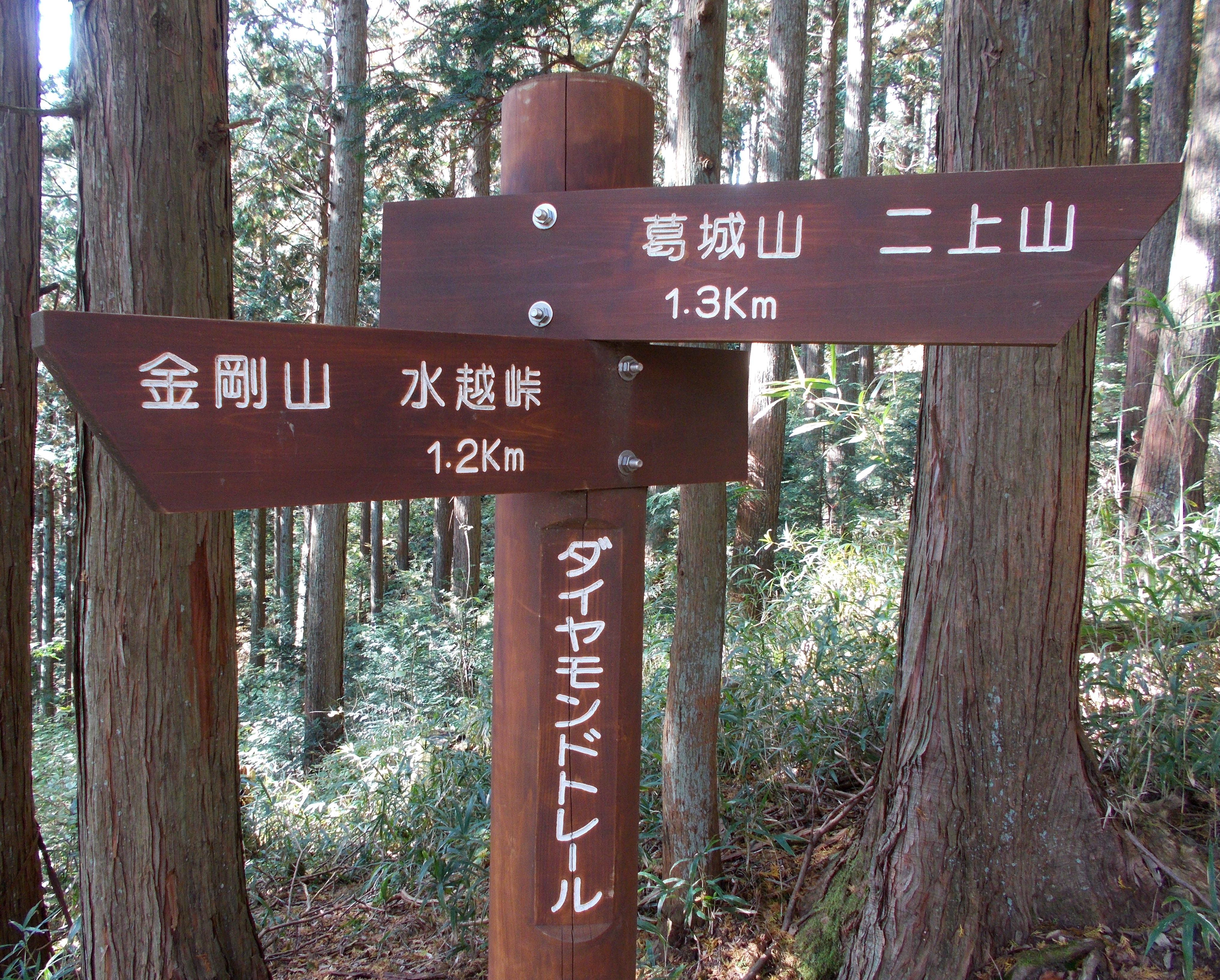 The top of Mount Katsuragi is quite flat so there isn’t too much to take a photo of. I decided to descend on the Nara side of the mountain. This avoided any difficulties if the bus didn’t exist on the Osaka side but did mean a longer journey home. There was, however, a nearby station on the Nara side so I felt more confident about that approach.

This is the view looking over to Nara. 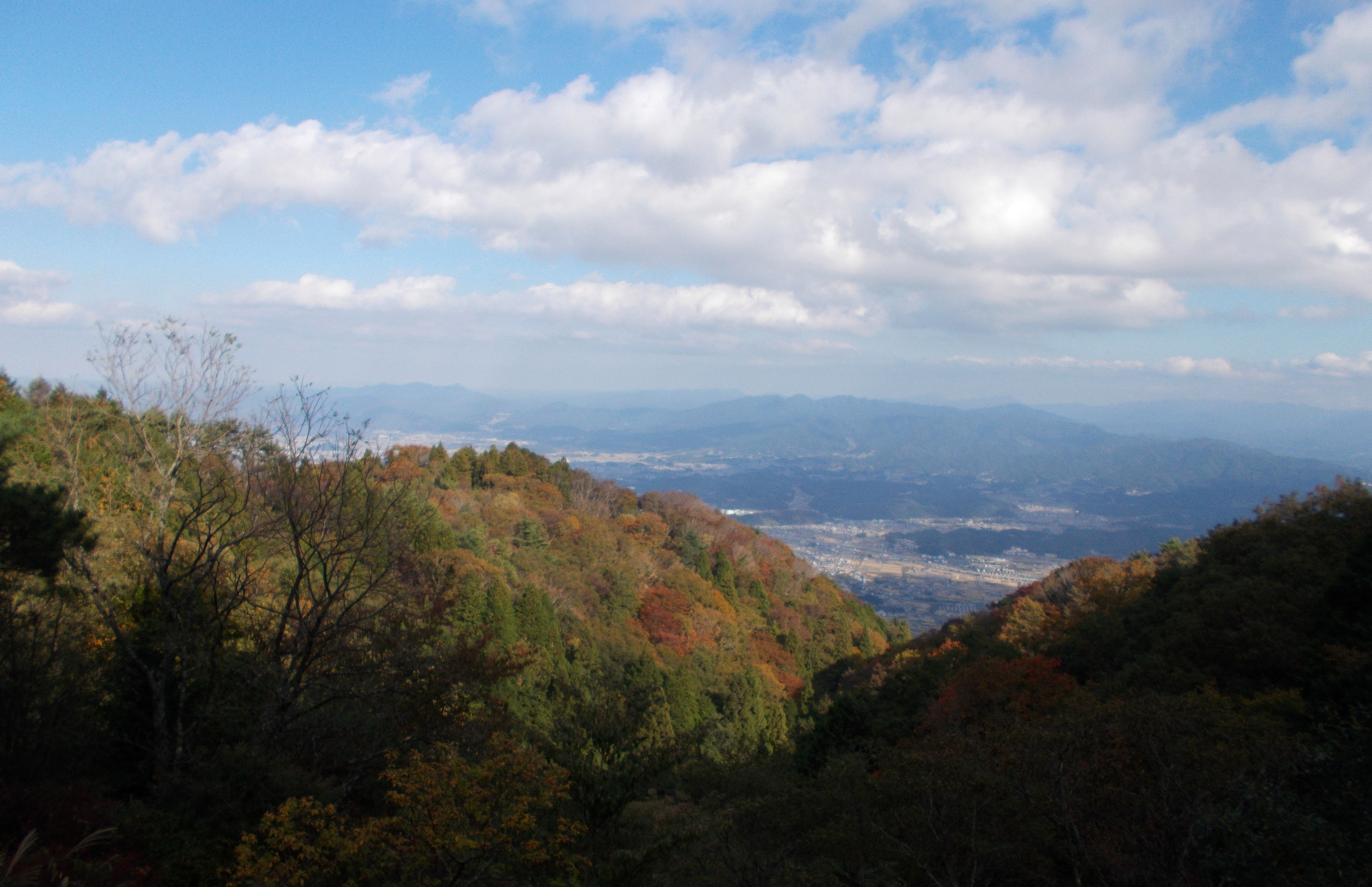 The Nara side also had a cable car (the Japanese call these a “Ropeway”). I decided not to use it as: (a) that would be cheating and (b) I didn’t have that far to go and it was downhill anyhow. 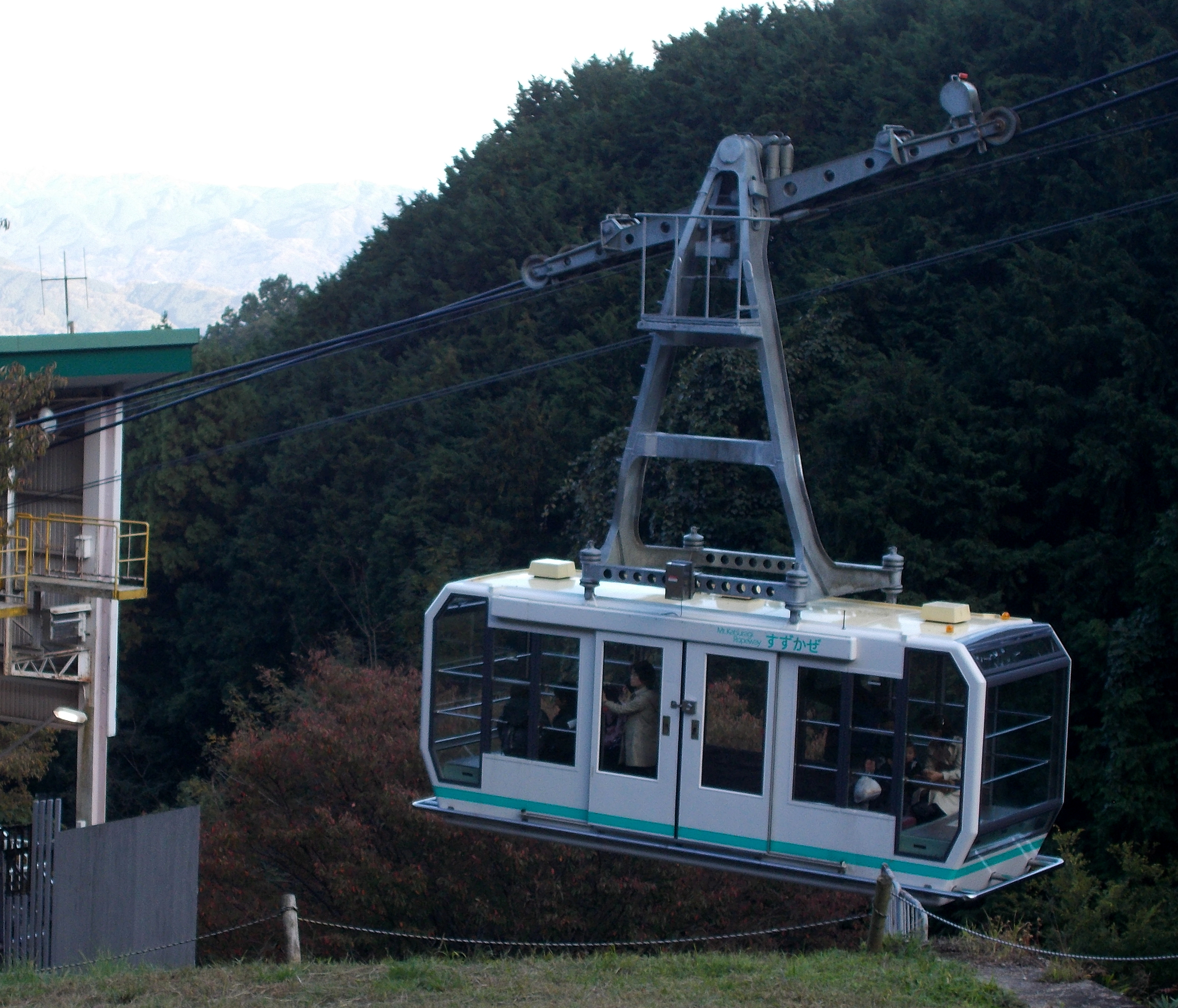