A Trip Up Mount Kongo

I went on a walking trip up Mount Kongo. Mount Kongo is the highest peak in Osaka (although I think that technically it’s peak might lie in neighbouring Nara).

Following what I normally do in the UK I wanted to get a map so that if I got lost I would be able to get out of trouble. Finding a map caused some problems. The commonly used Yama-to-Kogen maps were described as available in bookshops but I struggled to find any (and finding your way around a Japanese bookshop can be tricky when you don’t read or speak much Japanese). Eventually I found them in an outdoor shop. The maps aren’t as good as the UK’s Ordinance Survey maps but I suspect that they don’t need to be as most of the mountainous areas consists of two types of ground: “path” and “not path”. The paths on Mount Kongo are pretty well organised.

Anyhow, I took the bus to the bottom of the mountain. The bus was full as quite a few people had decided to copy me. The assent consists or a large number of steps up the mountain. 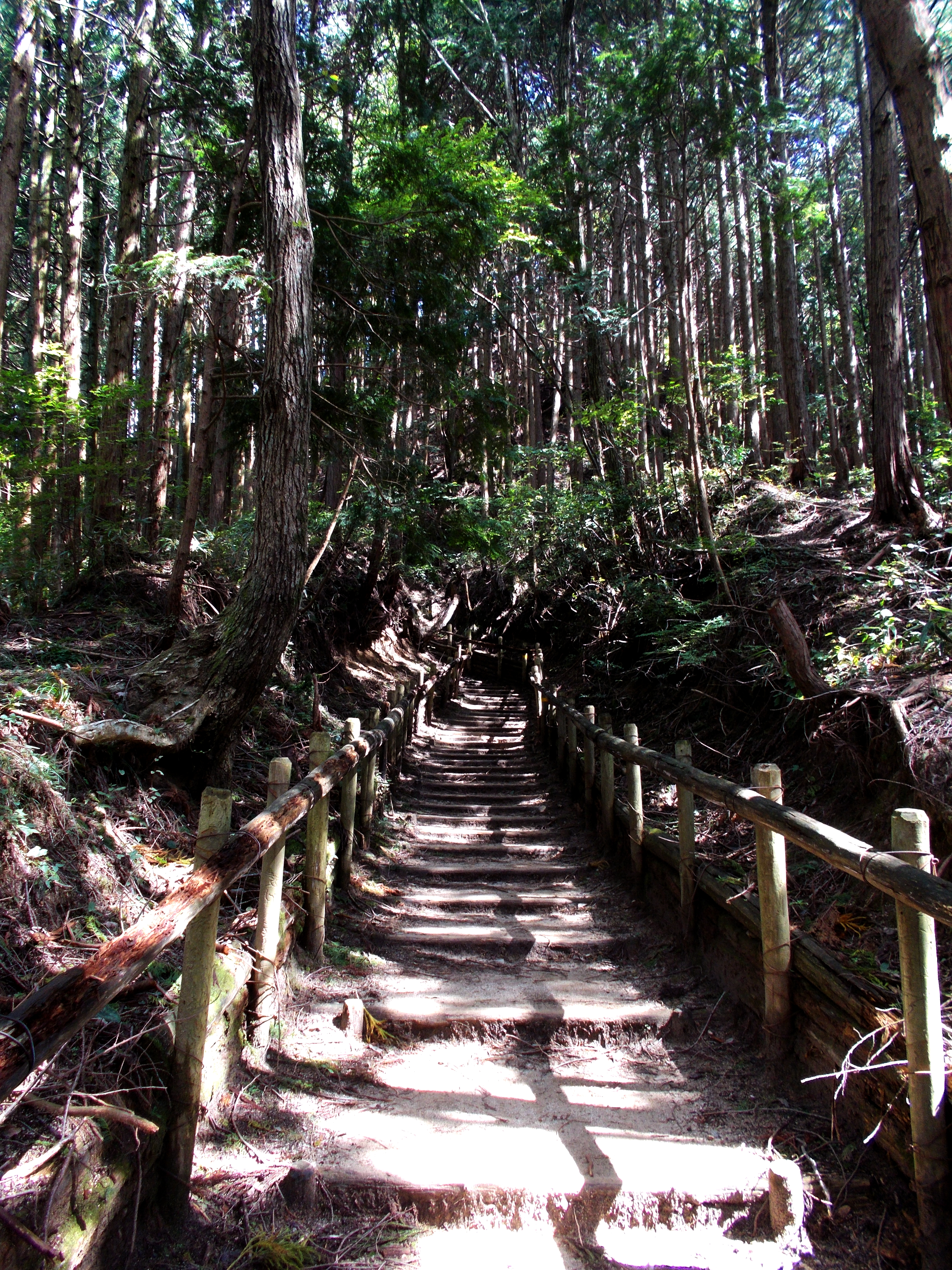 It was quite hard going but not too bad provided you take some breaks. I actually took about 2 hours to get up (if I remember correctly). At the top there is a “restaurant” (read cafe), a campsite, an onsen, a temple and a shrine. There are also a lot of people wondering about enjoying the scenery. The top is quite accessible to non-walkers as there is a “ropeway” (read cable car). The shrine at the top is protected by this fearsome looking dude. I couldn’t get a very good picture of the shrine as it was only accessible from one direction and that pointed directly into the sun. 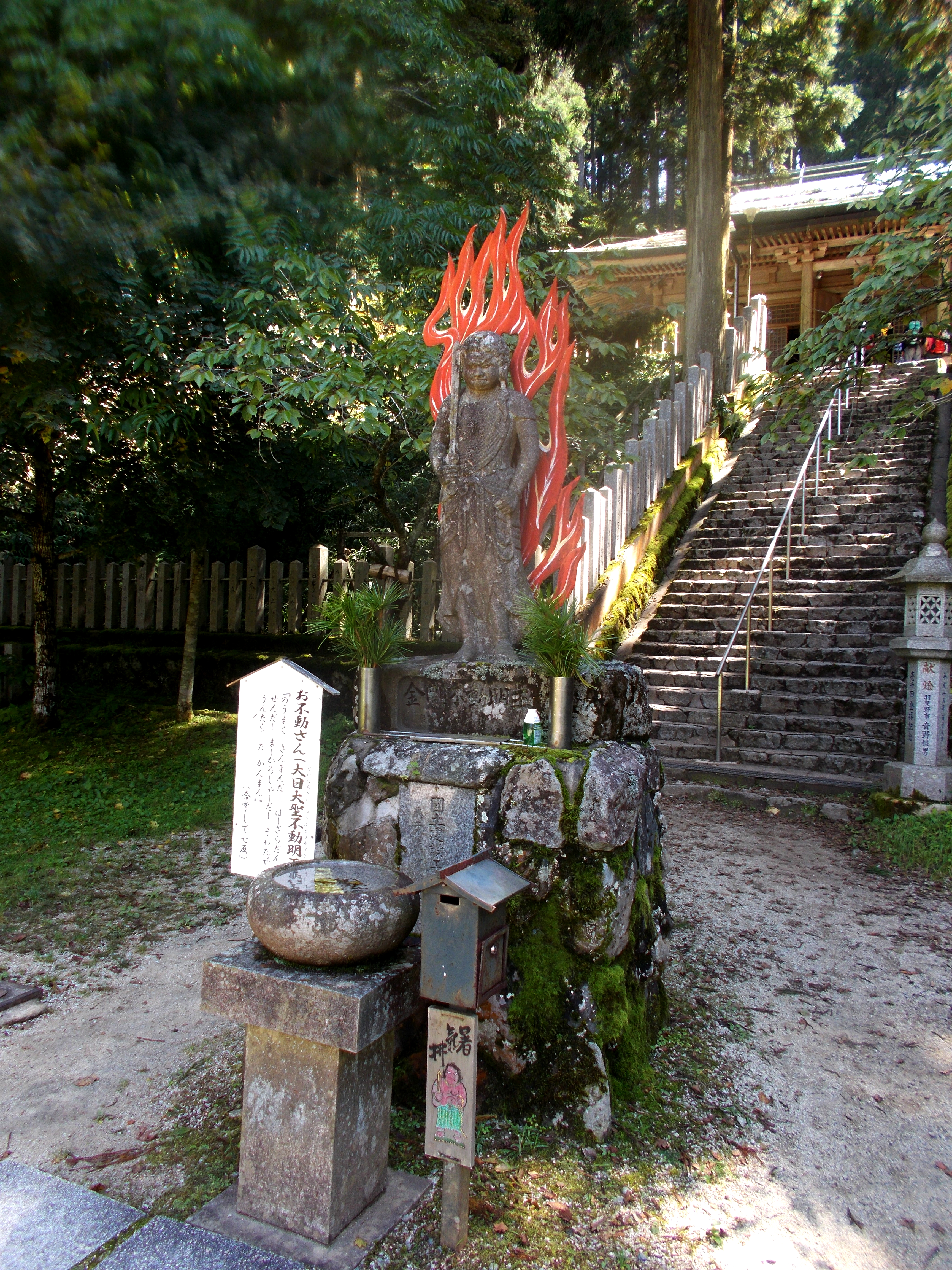 The top also allows good views out over Osaka. You can’t really make to much out from this image but Osaka is there amid the blurriness.

There is another shrine. This is the rather picturesque path that leads to it. I couldn’t take a photo of this shrine as people were praying. 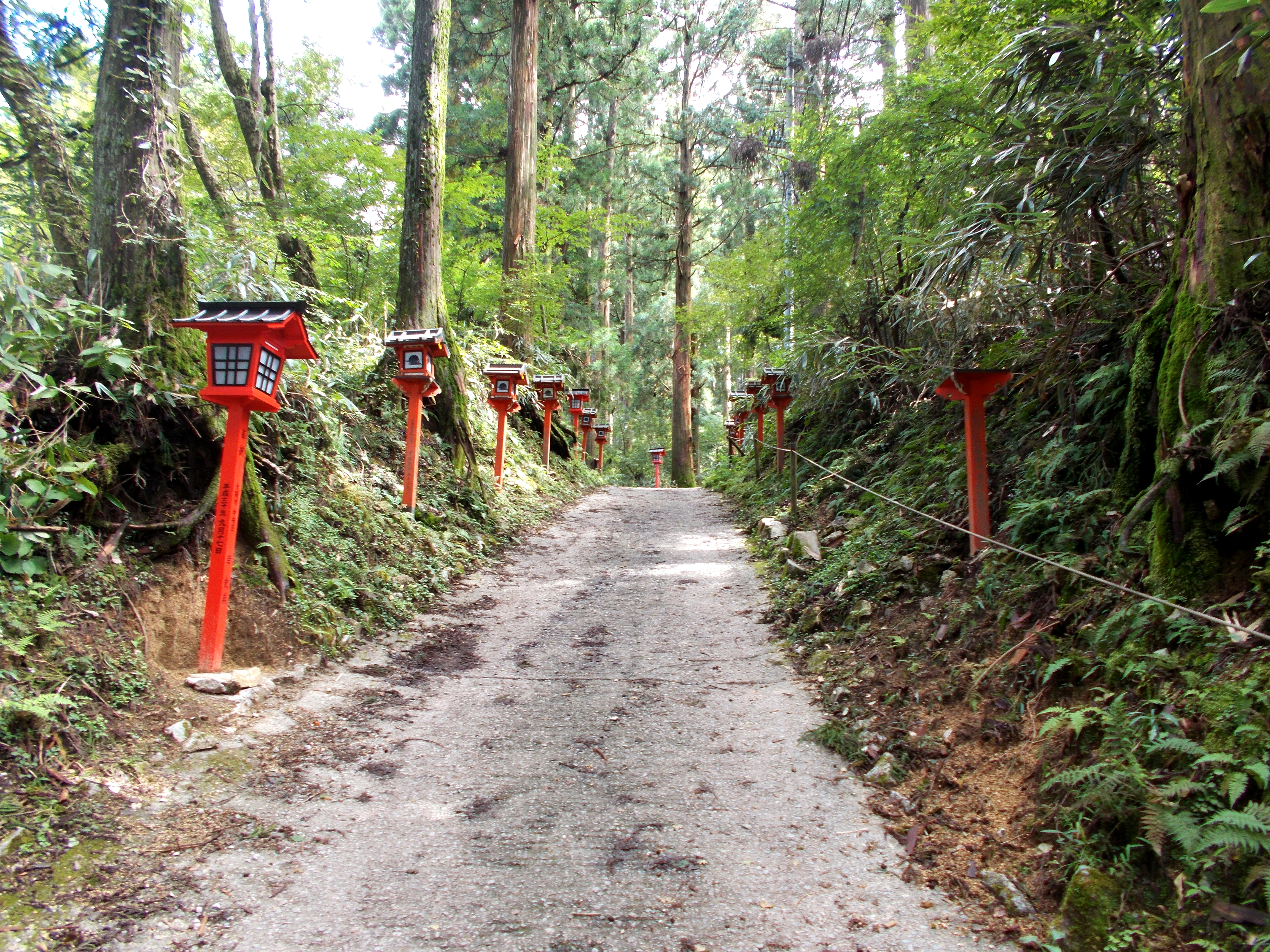 I wandered across to the camp site which is near to the ropeway station. It looked like a nice place to stay. It is also right next to a viewing platform that gives a good view south to Koya (I think).

The walk down was less interesting. It was down a cement road rather that a forest path. There was a nice waterfall to the side of the road. 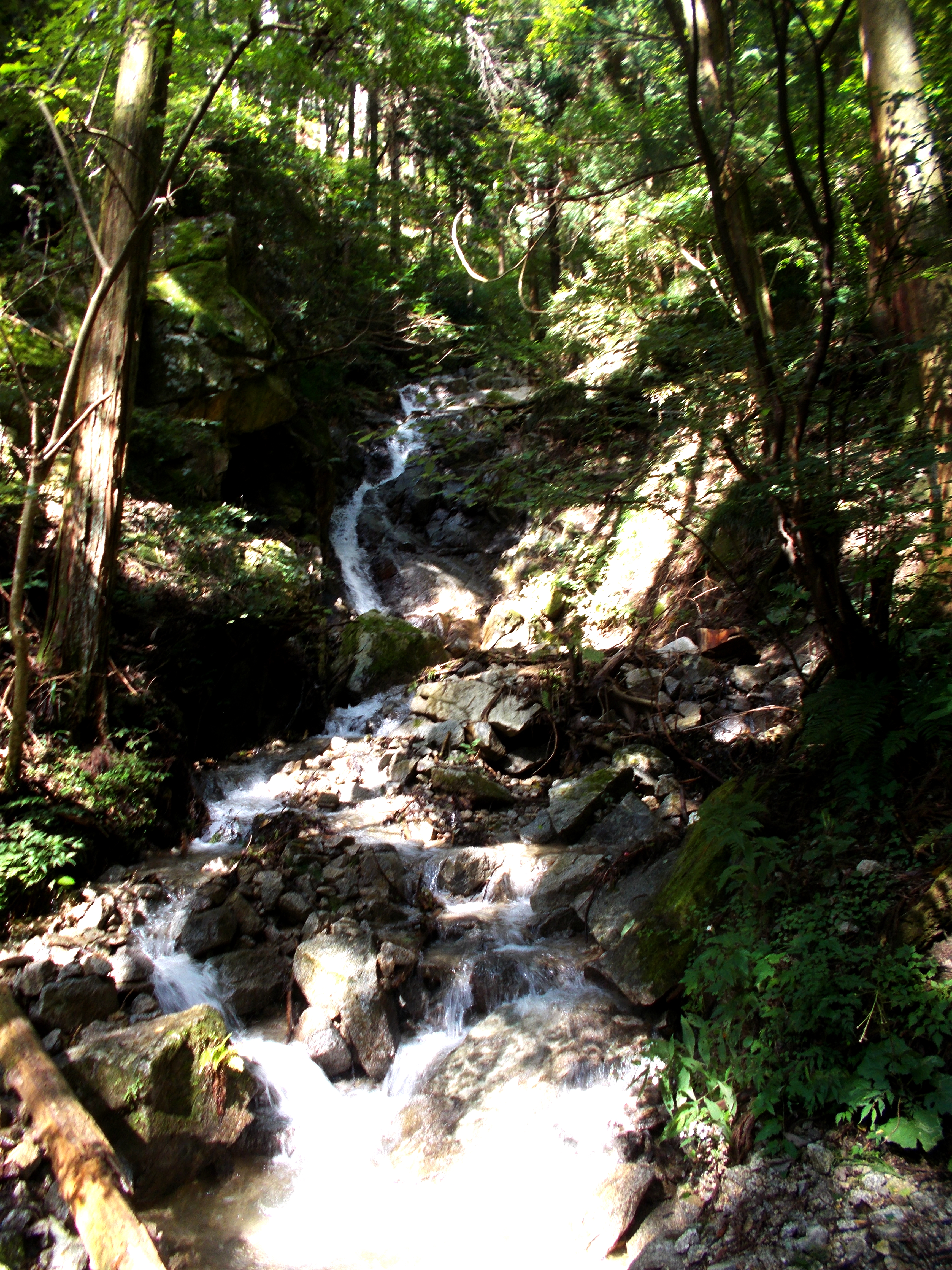 I also saw a man walking up the mountain with his cat on his shoulder. The cat had a lead attached, presumably so I would not run away, but it didn’t look like it had any intention of running off into the forest.

Given that I have the map and it is quite close I will revisit and try some of the other paths. There’s something called the diamond route that takes in several peaks and takes seven hours. I might try that if I’m feeling particularly hardy. I also have a few other hikes that I want to do. I need more maps…